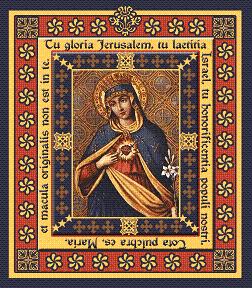 What you are about to view was the only and original online version of the Marian Calendar. It was researched in several languages, and every effort was made to discover the meaning of the feasts for each day. A great deal of work went into making this calendar, and I thank you for continuing to use this website for the calendar rather than any other website where this information has been copied and reposted without my permission. It has recently come to my attention that this information has been published in a book, its author claiming my work as his own. Enjoy the information here, instead, for the glory of God, the honor of the Blessed Virgin, and for FREE! I will continue to update my website as my research develops new information. Thank you for your support.

The Marian Calendar is a collection of feasts honoring the Blessed Virgin Mary, and they recollect the actions she has taken on behalf of Catholics of all nations and kingdoms throughout the ages. There is a story for each day of the year, and each has a lesson for us.

The Marian Calendar was first published when King Louis XIV of France was still a boy, and it is in reality a collection of famous sites of pilgrimage to the Blessed Virgin throughout all of Christendom. It is unnecessary to remind the reader that things have changed a great deal since the time the Marian Calendar was first published. At that time Christendom was still flourishing, and there were a great many religious buildings consecrated to the Mother of God. Thanks to various upheavals and revolutions, some of these sites are now nothing more than a pile of ruins.

In our time there are very few people who even remember the Marian Calendar, and those who do usually have nothing more than a list of devotions, such as “Our Lady of Provence,” with no explanation of the actual event they attempt to recall. The work is no longer found in libraries, and a great deal of research has often been necessary to recover the traditional beliefs that are recorded. As time goes on I will strive to disclose each of those incidents for the edification of Catholics living in our day. If anyone reading this page has personal knowledge of any of these stories, please feel free to send them along to be included in these pages.

This compilation of diverse accounts provide abundant proof that Mary, the Mother of God, has indeed claimed the hearts of Christians from the earliest centuries down to the present day. They are also evidence that Catholics have long believed in the value of the Blessed Mother’s influence and mediation on the behalf of her children before the throne of God. 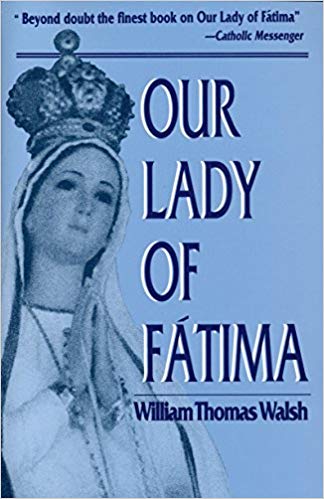 "The future of our civilization, our liberties, our very existence may depend upon the acceptance of her commands." --William Thomas Walsh

This was the conclusion reached by William Thomas Walsh, distinguished author, historian, and teacher, after he had thoroughly investigated the miracle of Fatima. Here is the whole remarkable story of the appearance of the Blessed Virgin Mary to three simple children at an obscure Portuguese village in 1917. Her prophecies of World War II and the rise of communism, her plea to humanity to do penance, her promise that world peace and the conversion of Russia would take place if her messages were heeded -- these are some of the dramatic events in this fascinating account of a modern miracle.

Our Lady of Fatima is a magnificent re-creation of an event whose effects are still reverberating throughout the world -- the appearance in person of the Mother of God with a "peace plan from heaven." 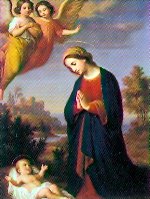 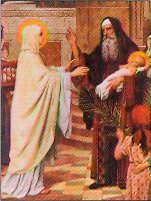 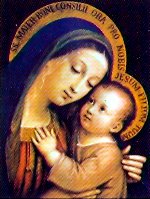 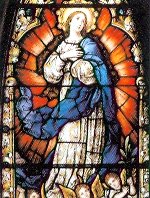 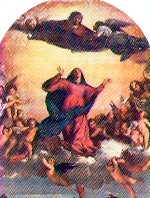 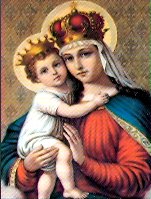 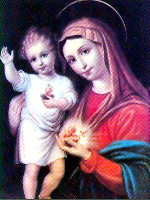 The Venerable Mary of Agreda wrote in her famous work, The City of God:

“I saw a great and mysterious sign in heaven; I saw a Woman, a most beautiful Lady and Queen, crowned with the stars, clothed with the sun, and the moon was at her feet (Apoc. 12,1). The holy angels spoke to me: “This is that blessed Woman, whom Saint John saw in the Apocalypse, and in whom are enclosed, deposited and sealed up the wonderful mysteries of the Redemption. So much has the most high and powerful God favored this Creature, that we, his angelic spirits, are full of astonishment. Contemplate and admire her prerogatives..,”

“He (Christ) was to be the Head and Ideal of all other men and creatures; for this was the most appropriate order and harmony to be instituted among creatures, that they have One, who is the first and the highest, and that from Him should descend the order of all nature, and in a special manner, of the mortals. First among them all, however, was the Mother of the Man-God, as the Supreme among mere creatures, following immediately upon Christ, and, through Him, upon the Divinity. Thus the conduits, which led the crystalline fountains of the Divinity from the eternal throne, meet first in the humanity of the Word and immediately thereafter in his holy Mother in the degree and in the manner, as it was possible for a mere creature, and as it was proper for the Mother of the Creator. It was equitable, that all the divine attributes should exert themselves in Her, without reserve, so far as She was capable; and that She be inferior only to Christ Our Lord. She was to be superior in the degree of his incomparable graces to all the rest of the creatures that are deserving of graces and gifts. This then was the order, so well instituted by the eternal wisdom: that all was to commence with Christ and his Mother.”

Our Lord Himself revealed the following to Mary of Agreda. “I wish to open a portal for the just ones through which they can find access to my mercy; I wish to give them a light by which they can dispel the gloom that envelops the eyes of their minds. I wish to furnish them a suitable remedy for restoring them to my grace. Happy they who find it, and blessed they who shall appreciate its value, rich they who shall come upon this treasure, and blessed and very wise those who shall search into and shall understand its marvels and hidden mysteries. I desire to make known to mortals how much intercession of Her is worth, who brought restoration of life by giving mortal existence to the immortal God. As recompense I desire that they look upon the wonders wrought by my mighty arm in that pure Creature.” 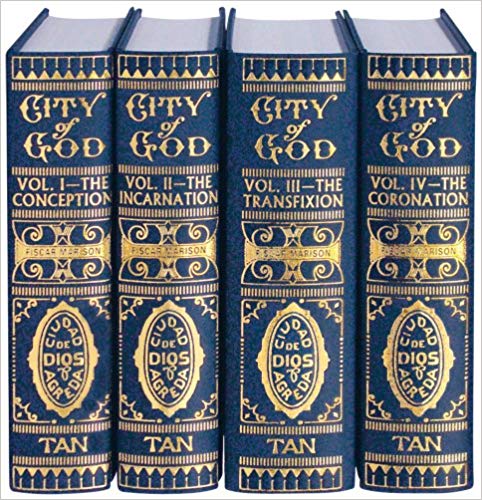 This magnificent set is an heirloom that should be in every Catholic home library.

Dictated to Ven. Mary of Agreda (1601-1664) by the Blessed Mother herself, The Mystical City of God is an amazing collection of four books of revelations about the life of Mary and the divine plan for creation and the salvation of souls that has been enthralling readers for centuries.

Composed of the Conception, Incarnation, Transfixion and Coronation, this magnificent narrative takes the reader through the various stages of the life of the Blessed Virgin Mary, plus it reveals all sorts of facts about our entire salvation history.

Beautiful hardcover binding with elegant gold-foil details. The interior is reproduced at 100% of the size in the original book and printed from the original negatives for complete fidelity. Sold as a set of 4 only.

Return to Titles of Mary page