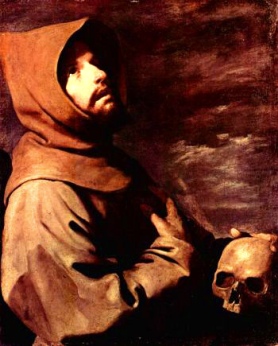 
St Francis was born at Assisi, Italy, in the year 1181 or 1182, of the wealthy merchant Peter Bernardone and the gentle, pious Pica. His childhood and youth were spent in ease and luxury. He loved fine clothes and expended large sums for the entertainment of his friends and the relief of the poor. Unlike his father, who was bent on amassing riches, Francis sought honor and knightly fame. Before he recognized his God-given vocation, severe trials befell him. In a war between Assisi and Perugia he fell into the hands of the enemy who imprisoned him for about a year. A long and serious illness followed his release.

Another attempt to win the coveted knighthood by joining the papal army was frustrated by a mysterious voice at Spoleto, where he rested after a day’s journey. This voice commanded him to return to the land of his birth where he would be told what to do. Hearing a voice at San Damiano bidding him to repair the church, he was gradually led to his high calling. Having chosen Jesus Christ as his liege lord, he consecrated to Him every fiber of his being.

Appearing like Christ-reborn to his contemporaries, Saint Francis soon attracted followers and founded his First Order, the Order of the Friars Minor. With these he traveled to Rome and obtained from Innocent III verbal approval of his mode of life and the commission to preach penance. On Palm Sunday, 1212, the noble Clare of Assisi at the age of eighteen years secretly fled from her luxurious home, and under the leadership of Francis, laid the foundation of the Second Order, the Order of the Poor Clares.

Saint Francis expounded the truth so courageously that the most learned men, outstanding in dignity and popular esteem, were deeply impressed by his appearance. Men and women, priests and religious, streamed to the place where he appeared. Touched by divine grace, crowds of his listeners desired to consecrate themselves to the service of God under his Rule and guidance.

Such was their enthusiasm to follow him that the Seraphic Father was compelled to dissuade the people from their purpose of leaving the world, as men and women commonly began to even renounce marriage and family ties. To aid them in leading a Gospel life in the midst of family and secular occupations, Saint Francis established the Third Order, a true order, yet something unexampled up to that time, in so far as it was not bound by vows. It offered all men and women living in the world a means both of observing the commandments of God and of pursuing Christian perfection. 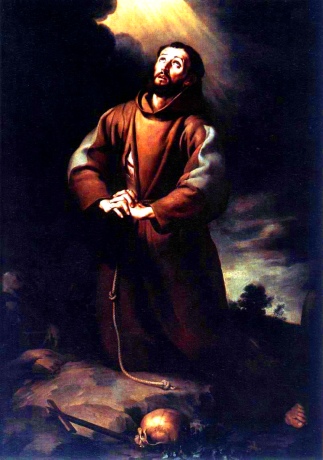 The links that follow lead to the Franciscan calendar which includes Franciscan saints and blesseds, with their feast days during the year. It is rich in history and inspiration, and the lives of these heroic servants of God are outlined in some detail.

In the old calendar it is inspiring to the faithful to see the number of saints that this order of St Francis has produced. The calendar is intended to give glory to God through the remembrance of his faithful servants. Hopefully, it will inspire the reader to try to imitate to the Gospel of Our Lord Jesus Christ in their daily lives, just as these followers of Christ did through the vocations to which they were called. It is a reminder that we can achieve holiness while doing our daily duty. 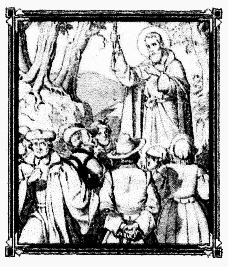 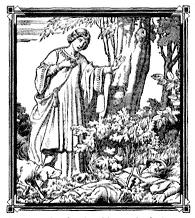 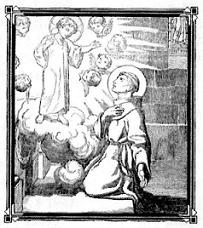 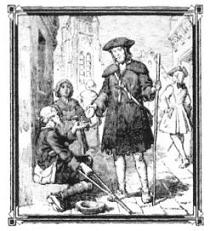 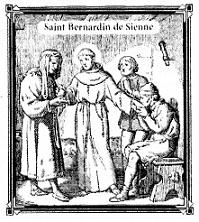 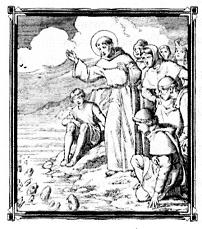 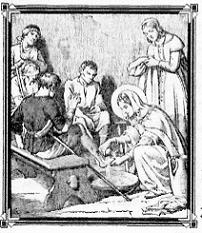 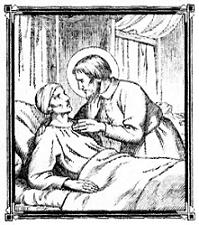 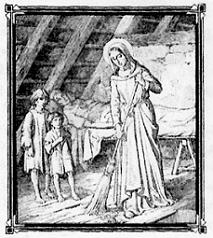 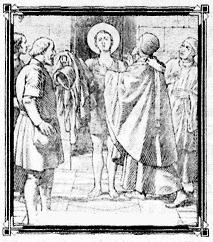 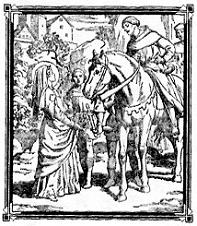 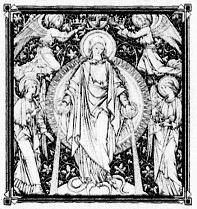