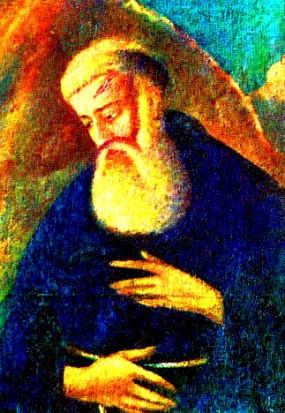 When Nicholas finished his studies, a bright future smiled upon him. Everything the world could give was at his command and awaited his pleasure. However, he resolved to quit the world and enter the Order of St Francis. In spite of the great obstacles and the stubborn opposition he met, he received the humble habit of St Francis and made his novitiate with the simplicity and docility of a child.

Manual labor, study, prayer, and mortification were his delight and chief employment. After he was ordained a priest, his fervor in saying Mass caused edification and all were impressed by his sermons.

Due to his great learning and piety, Saint Nicholas Tavelich was sent as a missionary to Bosnia, a most difficult field of labor. Undaunted, Nicholas labored with ardent zeal among the heretics, refuting their false doctrines, repaying insult with blessing, visiting the sick, and comforting the afflicted. He gained innumerable souls for Christ by his extreme kindness and charity.

Many esteemed him another Christ, while others persecuted Saint Nicholas Tavelich with relentless hatred. At heart he loved the latter more, for he desired martyrdom and thought they might procure for him the coveted crown. This thought gave him tremendous supernatural strength. It increased his charity and zeal, his spirit of prayer, meditation and penance. But, after 12 years of tireless labor in Bosnia, all opposition died down, and Nicholas was convinced he must seek martyrdom elsewhere.

Saint Nicholas Tavelich now asked for permission to go to the Holy Land, where so many of his brethren had already attained the martyr's crown. The permission was granted to him, and he was sent to Jerusalem. Once more he led a hidden life of prayer, penance, and study, but more than ever he yearned to die the death of a martyr, desiring, like Christ, to be an oblation of love for the salvation of others.

On November 11, 1391, he entered the Turkish mosque and with the zeal of a Saint Paul preached to a vast assembly there. He pleaded with tact and eloquence that Christ and His religion be accepted by the Turks in their hearts and homes. Before he had finished, he was apprehended and taken to the magistrates.

Questioned as to his faith, Nicholas joyfully professed his belief in the one true Church of Christ, defending it against every objection. This incensed the court to such an extent that he was knocked to the ground and attacked with great fury. Beaten almost to death, he was dragged into a dungeon, chained hand and foot, and kept for three days without food or drink.

On the fourth day he was taken out into the street, where he died the glorious death of a martyr, slashed to pieces with scimitars. God glorified His martyr by miracles, and Pope Leo XIII solemnly confirmed the veneration paid to him from time immemorial.