Our Lady of Narni 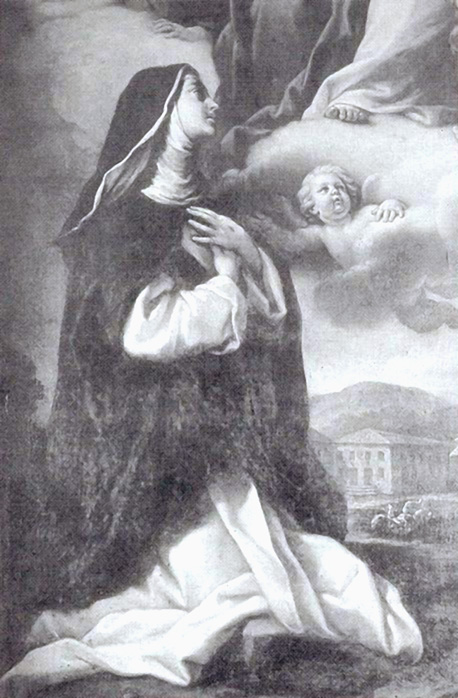 
At Narni in Italy, there is a shrine to Our Blessed Mother. It is said the image spoke to Blessed Lucy, to whom Mary gave the Infant to hold, while Lucy venerated the Mother and Child.

Born in 1476, Blessed Lucy lived in the town of Narni in Italy. As a small child she preferred religious articles to toys, sharing the former as well as the latter with her playmates. When only five years old, Lucy experienced her first vision of the Blessed Virgin Mary. When she was seven years old, she visited an uncle in whose home a picture of angels was painted on the ceiling. Lucy secretly went there to pray. She was favored by a heavenly vision of Our Lady, who gave Lucy her Divine Son to hold. Our Lord gave Lucy a ring, and Saint Dominic, who was also present in the vision, gave Lucy a scapular to wear at that time. At the age of 12, Lucy made a vow of perpetual chastity, and decided she wanted to become a Dominican nun.

Our Lady of Narni

As she grew older, Lucy's family wished her to marry; at Lucy’s objection, the Blessed Mother appeared to her and bade her be wedded and imitate her in the life at Nazareth. Her husband, Pietro, agreed to respect Blessed Lucy’s vow of virginity. Although she led a saintly married life, she still had visions, as Saint Catherine, Saint Agnes, and Saint Agnes of Monte Pulciano frequently appeared to her.

Lucy’s desire to become a religious persisted. She finally influenced her husband to take the habit of Saint Francis, while she established at the Pope’s request, a convent in Ferrara. Lucy was marked with the stigmata of Christ on 25 February 1496. Lucy suffered greatly spiritually, of course, but also physically, and did her best to hide the marks of favor. The members of her community for thirty-eight years were prejudiced against the saint, but Our Lady frequently consoled and strengthened her with visions. She died in 1544 and was beatified by Pope Benedict XIII.

A shrine to Our Lady of Narni was erected in memory of Blessed Lucy. Our Heavenly Mother granted many miracles after the death of Lucy showing how pleasing she was to her and her Divine Son. Blessed Lucy of Narnia died November 15, in the year 1544. Four years after her death, Lucy's body was exhumed and found to be incorrupt.

*from The Woman in Orbit. James Fitzhenry, roman-catholic-saints.com, Marian Calendar

Return to Marian Calendar June from Our Lady of Narni


Return to Saints-L Page from Our Lady of Narni

Return to Incorrutible Saints Page from Our Lady of Narni