Our Lady of Guard 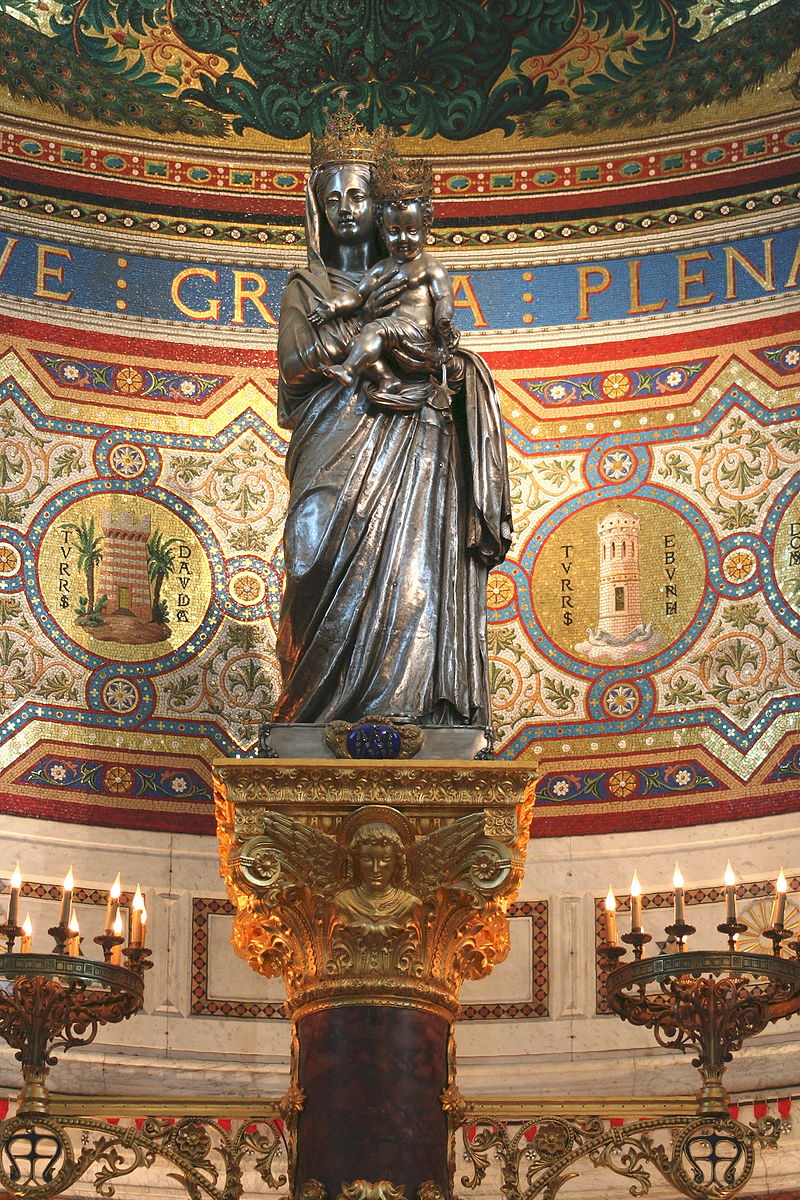 March 4: Our Lady of Guard


Late one afternoon during the thirteenth century, a solitary French fisherman was fishing off the harbor of Marseille. Before he became aware of it, a terrific storm burst upon him. His boat tossed around like a shell, and filled with water faster than he could bail it out. His rudder was lost; his mast snapped. Cutting himself free from the rigging with a knife, he had saved himself temporarily from certain drowning. Still, everything looked hopeless, and he felt he could never get back to the harbor. The fisherman thought of the family he would never see again and cast a despairing look at the city, the huge rock standing like a sentinel or guard on the mountain which overtopped the city and harbor.

Dimly through the gloom he suddenly saw a solitary figure of a lady, dressed in white, standing firmly on the very top of the rock. She seemed to be extending her hand as if she would help him to the shelter and safety of the harbor. At once it came to him that the Lady so calmly defying the wind and rain could only be the Blessed Mother, so he prayed to her to help him.

Almost immediately his boat ceased its wild tossing, righted itself and pushed by a friendly gust of wind, raced into the calm water of the harbor until it drove onto the shore at the very foot of the mountain. Stepping onto the shore, the fisherman fell to his knees and poured out his thanks to the Blessed Virgin, and then hurried home to his worried family.

The story of his rescue through the assistance of Our Lady quickly spread throughout the port. It was remembered that other sailors, on numerous occasions during severe storms, had also seen the figure of the Lady on top of the rock. Always when she had appeared, the angry seas had calmed and their crafts had ridden safely into the shelter.

Our Lady of Guard

Soon everyone came to believe that the rock was the spot on which the Blessed Virgin, Our Lady of Guard, would appear whenever her help was desperately required. In thanksgiving to her the sailors of Marseille, in 1213-1218, erected a chapel on top of the rock. In it they enshrined a lovely statue of Our Lady.

Around 1544, the chapel was replaced by a large church and the statue transferred to it. Sometime during the French Revolution the statue of Our Lady of Guard was destroyed, but during the 1830’s a new statue was dedicated. That Mary did confine her help only to sailors was proved in the year 1832 when a severe epidemic of cholera struck Marsilles; the people decided to appeal to Mary. Forming a procession, they climbed the mountain, removed the statue from the chapel, brought it down, and solemnly carried it through the streets of the city. Almost immediately the epidemic waned, and in a few days vanished. So they called Mary, Our Lady of Help – the sailors called her Our Lady of Mariners. 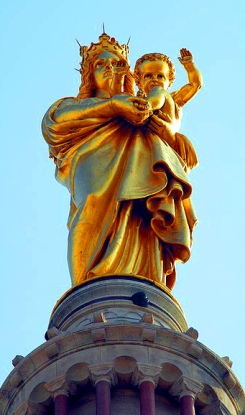 Some years later, as the fame of the shrine on top of the mountain spread, with more and more people coming up to pay their respects. The shrine acquired still another name, a name more reflective of who Our Lady truly is for all who call upon her – Notre Dame de la Guarde – Our Lady of Guard, or Guardian.

In Marseilles today, the hill of Notre Dame de la Garde is topped by a beautiful basilica, at an altitude of 550 feet, which was built in 1864. This commanding site, however, has been occupied by a chapel since the year 1214. The interior has a multitude of sailors’ votive offerings, and model ships are hung in all parts of it in sign of thanksgiving for all the mariners who have been assisted by their heavenly mother. A golden statue of the Virgin and Child suitably dominates the city from its place on top of the western tower.

Return to Marian Calendar March from Our Lady of Guard

Return to Titles of Mary from Our Lady of Guard

Return to Roman Catholic Saints Home Page from Our Lady of Guard
[?]Subscribe To This Site