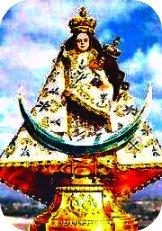 Our Lady of Good Remedies

November 6: Our Lady of Good Remedies


In 1519 Cortez brought with him a famous little statue to participate in the conquest of Mexico. The statue was first set up in a temporary chapel in one of the rooms of Montezuma’s palace where the Spanish officers made their devotions. On the terrible night when the Indians rose against the Spanish conquerors, the Night of Sorrows, one of the officers rescued the statue before fighting his way out of the palace. He did not get far when he was cut down by Aztec arrows and died at the foot of a Maguey tree. The tiny statue was either pushed or it fell into the roots of the tree where it was overlooked by the Indians.

Some twenty years later, an Aztec convert, Prince John the Eagle, was walking near the tree when he heard a sweet voice calling him. Puzzled, he went to the nearby mission of the Franciscan Fathers and told them about it. They thought it was his imagination. Some days later John met with an accident, a large pillar of a church under construction fell on him. Badly crushed, he was given the Last Sacraments.

During the night when he was thought to be dying, the memory of the sweet voice kept returning to him. He prayed to Our Lady to help him. Very early in the morning the Virgin Mary appeared to him and gave him a sash to wear which cured him. A few days later he passed the tree again, and heard the sweet voice; curiously, he looked carefully around the roots of the tree; half buried in the sand, he found the tiny statue of Our Lady.

The Aztec convert thought he should do something about it. “Come home with me, gracious Lady,” he said, “I will see that you have a good home and are cared for.” He brought the little statue home wrapped in his cape and placed it on a rough altar.

Here Mary reigned as queen in the humble home for ten or twelve years. John kept the little shrine supplied with flowers, and occasionally with fruit and pretty stones. Gradually people came to pray at the shrine, their number increasing so that they were under foot day and night. John took up the local school-master’s suggestion to build a little chapel. He set about building a shrine and enthroned Mary, Our Lady of Good Remedies, there.

The next day to his horror, the statue of Our Lady was gone. Lonely and sorrowful, John went to the Maguey tree where he had first found her – lo and behold, there she was! He returned the statue to the new shrine and decorated it carefully, but it disappeared again just when John became ill with fever, which was often fatal in that land. John’s relatives hurried to carry him to Our Lady’s feet in Guadalupe. As he lay gasping before the shrine of Our Lady of Good Remedies he heard the same sweet voice say: “Why do you come to my house when you put me out of yours?”

John apologized and she continued, “If you did not want me in your house, why not take me back to the Maguey tree and build me a chapel there?”

“If you cure me, Lady, I most certainly will,” promised the sick man. He was cured by Our Lady of Good Remedies, and he was as good as his word. He built a chapel into a hermitage and spent the rest of his life there.

Years later, after John’s death, the shrine fell into ruins. In 1574 the Spanish governor happened to see the ruins and was told the story. He ordered the building of a beautiful church to house the statue. At one time during an Indian uprising the Indians determined to exile Mary as dangerous to their tribe. After the danger had passed, Mary was reinstalled in the church. She was called Our Lady of Good Remedies and also “The Little Lady of the Rain,” because she brought relief to the dry areas there. Other cities sometimes borrowed her for a procession around their parched fields, begging her to help them – which she always does. 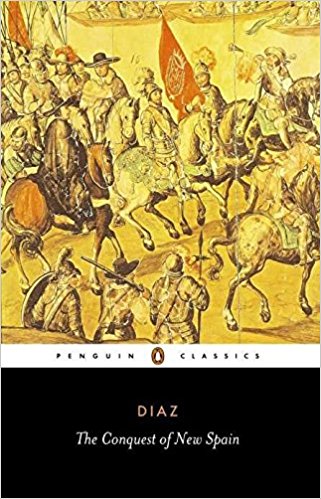 Vivid, powerful and absorbing, this is a first-person account of one of the most startling military episodes in history: the overthrow of Montezuma's doomed Aztec Empire by the ruthless Hernan Cortes and his band of adventurers. Bernal Díaz del Castillo, himself a soldier under Cortes, presents a fascinatingly detailed description of the Spanish landing in Mexico in 1520 and their amazement at the city, the exploitation of the natives for gold and other treasures, the expulsion and flight of the Spaniards, their regrouping and eventual capture of the Aztec capital. 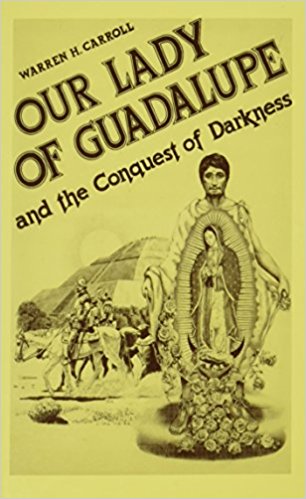 Standard histories on the Age of Colonization tell a sad story of the ills inflicted on indigenous peoples by exploitative Western powers. This book offers a realistic corrective. The Spanish conquest of the New World is shown vividly—in its fervor and exuberance, but most importantly, with its central evangelical and civilizing impulse that transformed the Americas from savagery into a central part of Christendom.

Return to Marian Calendar November from Our Lady of Good Remedies

Return to Titles of Mary from Our Lady of Good Remedies