Our Lady of Faith 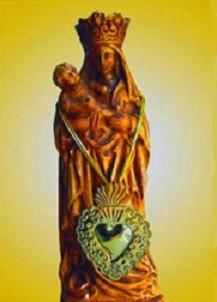 In the fields, between the Rondel wood and the road to Rouen Saint Omer, there is a very venerated chapel dedicated to our Lady of Faith.

Devotion to this chapel and our Lady of Faith began when a miraculous statue of the Virgin Mary was discovered in the hollow of a tree in the forest of Crecy. This famous statue still exists. 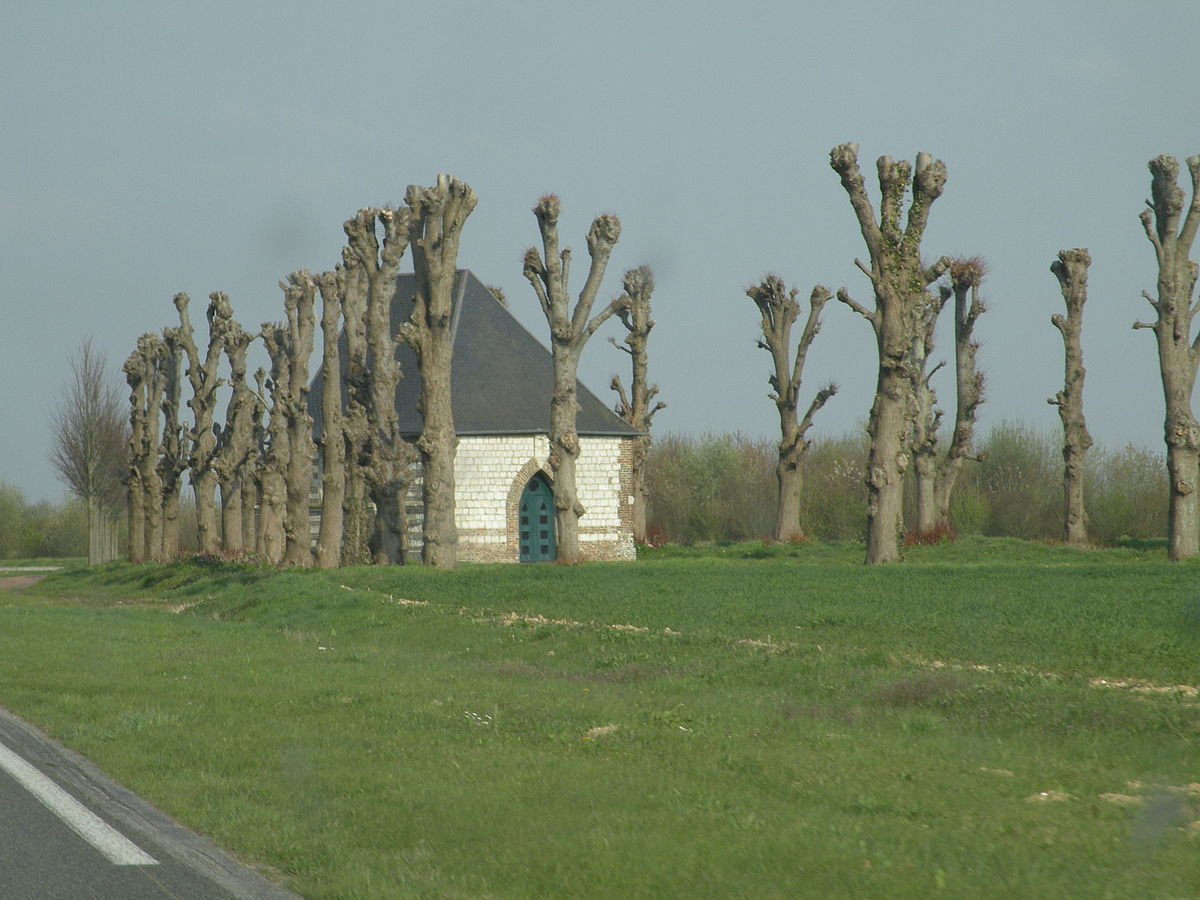 On one occasion, a father, whose child had died, came to Amiens carrying the lifeless body of his infant son. The child had been baptized out of necessity by the hands of his grandmother. The father arrived at the church of the convent during the celebration of Holy Mass. He set the child before the image of Our Lady of Faith, and the little corpse revived before the wondering eyes of the faithful during the Elevation.

The chaplain of the queen-mother, who was a former canon of the cathedral, split the press of people and inquired whether the child had been baptized. On the negative reply of the father, who falsely believed the grandmother’s baptism had been invalid, the priest renewed the sacramental rite and gave the name of Augustine to the happy child of the Blessed Virgin. Sometime after the miracle, the child died again and was buried in the cemetery of Saint James. After thirteen days the body was exhumed, and there was no sign of any corruption.

During the plague of 1634 which ravaged Amiens, the people of the town processed with the image of Our Lady of Foy, and the bishop presided over the ceremony and celebrated the Pontifical Mass. The plague ceased.

In the year 1636 the noble ladies were frequently seen with their ​​maids of honor praying before the holy image, and Cardinal Richelieu who attend the litanies that were sung every day in this blessed sanctuary. In addition, the brotherhood, established under the title of Our Lady of Foy, included a number of high ranking personages, including King Louis XIII, Anne of Autriclhe, King Louis XIV, Queen Marie-Therese, King Louis XV, as well as the members of the noblest and most illustrious families of Picardy. The religious association had chosen as its main feast the Visitation of the Blessed Virgin, a mystery that recalls so perfectly the incomparable faith of the Blessed Virgin Mary.

All of these prodigies had an immense effect, and the number of extraordinary favors soon became considerable. The miraculous Madonna of Foy drew the faithful more than ever in all their necessities.

The image of Our Lady of Foy was hidden to protect it from the impious during the time of the French Revolution.

In 1878, Bishop Battle, of pious memory, celebrated Mass at Notre-Dame de Foy, and the restoration of this cult was finally decided. Soon the venerable Chapter, supported by the bishop, asked the Pope to deign to open the treasure of indulgences. Many devotions and pilgrimages were once again made in her honor, and candles were constantly kept burning before her image. Every 15th of August, the Feast of the Assumption, there again resumed public recitation of Litanies along with processions as the people showed their love and appreciation for their Heavenly Mother. Since then Our Lady of Faith constantly gathers new testimonies of love by her precious favors.

Return to Marian Calendar July from Our Lady of Faith

Return to Titles of Mary from Our Lady of Faith