All of Spain had once been a Visigothic kingdom, but the land had been completely conquered in 714 by Musa, son of Nusair, the Muslim governor of Africa. It had taken the Muslims only three years to do, a feat the ancient Romans, Hannibal of Carthage, and Napoleon could not equal or accomplish. At this same time in history, over a thousand miles away across Europe, the Muslims were warring against Constantinople in what would conclude with the destruction of the ancient Byzantine Empire. In the Far East other Muslim armies were attacking India and threatening the emperor of China to his face. They had wrested the city of Jerusalem, and the entire Holy Land, away from Christendom.

To be conquered by the Muslims was not a desirable condition. The Christian Visigoths soon found that their churches were desecrated and made into mosques as the conquest proceeded along the lines of the classic jihad – with massive pillaging, slavery, deportations and killings. North Africa itself had only recently been an entirely Catholic civilization, but by now the inhabitants found themselves dispossessed of their lands and oppressed and persecuted as infidels.

The threat to Europe was nearly unprecedented. In the West, the Muslim invasion did not stop with the conquest of Spain. Within twenty years they drove halfway into what is now known as France, having defeated Odo the Great, Duke of Aquitane, in a battle in which it was said "God alone knows the number of the slain.” The Mozarabic Chronicle states that “the Muslims specifically destroyed forts and burned churches on the way,” and their progress was slowed only by the weight of their plunder. They were well on their way to overrunning France, and probably even destroying all of Catholic Europe if no one could be found to stop them.

There was only one man who could. He was a Frank, known to history as Charles Martel, “the Hammer.” He was an able and experienced warrior of many campaigns, with the courage to take a stand against overwhelming odds, and a commander who had spent his time well, building a stout army of loyal veterans who would follow him with confidence. 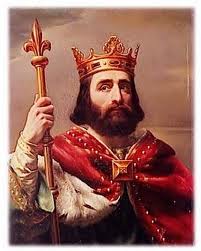 Charles Martel knew what he was up against, for Odo the Great had fled to the Franks after his disastrous defeat. Wildly outnumbered, Charles also knew that success depended upon the element of surprise, and on being able to choose the ground on which he would make his stand. He traveled with his army along paths not normally taken, avoiding the usual roads for sake of secrecy, and when he reached his destination, he found a place that was advantageous to him.

The ground Charles Martel selected was atop a wooded hill – the enemy would have to come to him, laboring up a slope. The trees would further hinder the movements of the Muslim horsemen, while the Franks would stand unmoving, awaiting the attack in their defensive square.

Still, Martel’s Franks, dressed only in wolf skins and bear hides, without any armor, would have to stand against an armored, mounted enemy. Further, Charles had no archers to rain arrows upon the Muslims when they advanced. Victory under such circumstances was something unheard-of.

Abdul Rahman came on, crossing the Pyrenees at the head of an immense army, looting churches and leaving only destruction in his wake. His goal was nothing less than to pillage the holy basilica of St. Martin of Tours, which had been enriched with many gifts of the faithful over the centuries.

The Muslims were indeed taken by surprise when they encountered the savage army that dared stand in their way. Abdul Rahman, governor of Spain, had come upon a man who would not be cowed, and who could not be bought.

For some time the Muslims delayed their attack. Perhaps they expected that the Franks would realize the hopelessness of their situation, and depart without a fight. Perhaps they could see the cold determination of the Franks, and were less than anxious to close with them when the terrain was not to their advantage. Whatever the reason, the two armies faced each other for several days, taking each other’s measure as the Muslim’s gathered their full forces.

Finally, on a cold day in October, 732, the Muslim cavalry attacked. Did Charles Martel know that the fate of all of Europe was in his hands?

Abdul Rahman hurled at least 60,000 horsemen at the Franks. He may have had his doubts for a time, but his cavalry had never been defeated. In the end, he decided to trust to them, for how could mere infantry prevail over armored cavalry?

How indeed. We have a translation of an Arab account of the battle: "And in the shock of the battle the men of the North seemed like a sea that cannot be moved. Firmly they stood, one close to another, forming as it were a bulwark of ice; and with great blows of their swords they hewed down the Arabs. Drawn up in a band around their chief, the people of the Asturias carried all before them. Their tireless hands drove their swords down to the breasts of the foe.”

All day long the battle raged as one cavalry charge after another dashed up the hill against Martel’s infantry. These were the irresistible horsemen who in a scant hundred years had built an empire for Mohammed, bursting from the Middle East to crush Egypt, North Africa, Spain, and much of the land about the Mediterranean Sea. These few Franks they considered to be mere barbarians, a rabble inferior to them to be crushed and subjugated. In the end, they would surely fail.

But they did not. Charles Martel fought on into the night, standing shoulder to shoulder with his men. Time after time they withstood the desperate cavalry charges, refusing to give ground, refusing to be defeated.

In the end, it was the Muslim host that fled the field. When the sun rose on a new day, the body of Abdul Rahman was found among the dead, having been slain in the darkness by the Franks. According to a contemporary source, the Franks “slew in battle 300,000 men,” and “lost in battle only 1500,” winning one of the most decisive battles in history while preserving Christendom. 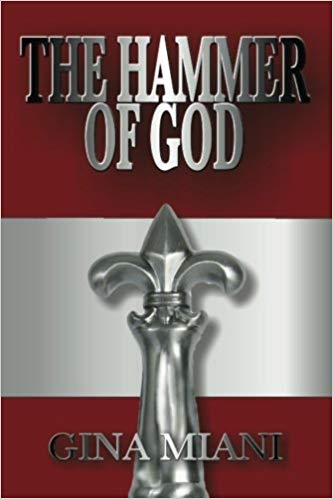 Charles Martel never wanted to be king. Born the bastard son of the Leader of the Franks, disowned by his father and imprisoned by his stepmother, he seems destined to live life in obscurity. But when the kingdom of Francia falls to pieces, Charles is the only one capable of putting it back together. To do this he must fight recalcitrant nobles, power-hungry bishops, and the fierce determination of one impossible, unfathomable woman. THE HAMMER OF GOD is a story of war and love, based upon Charles Martel’s quest to dispel a mighty Arab invasion at the Battle of Tours.