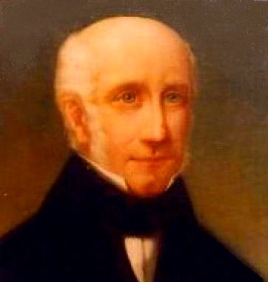 
Venerable Leo Dupont was born on January 24th, 1797. He is more commonly known as “The Holy Man of Tours” or the “Apostle of the Holy Face,” as he was instrumental in spreading devotion to the Holy Face of Jesus. Leo was born into a wealthy family of French nobility. His father died while he was still young, but his mother was a devout Catholic who raised Leo and his brother well in the True Faith. They initially studied in Martinique, but then Leo was sent to the United States to continue his education due to the disruption caused by the French Revolution.

Leo’s mother had remarried when he returned home at age 19, and she wanted her son to study to be a lawyer in Paris. He was the heir to the family fortune, and she wanted her son Leo to have an honorable position working for the government. Rather than see her wealth as an impediment, she told Leo that a rich man has no excuse to lie or cheat for personal gain, and that he should therefore always practice virtue. She also warned her son to use his time and money well, for God would exact an account of these things on the day of Judgment.

Venerable Leo Dupont was very popular in Paris, and was received into the first circles of the aristocratic society of his day. He was invited to all of the most fashionable balls, where he danced with such grace that many of the French noblewomen were interested in marrying him. He was very popular, and did not refrain from becoming acquainted with the things of the world, as he intended to marry once he had completed his education.

An incident occurred during this time in which Leo lost a good deal of money, and accused a certain servant of having taken it. When his error was discovered, he turned to that servant and dropped to his knees in front of him.

“I beg you to forgive the injustice I have done you. I am very sorry,” Leo said, “How can I make it up to you? I have accused you of the greatest evil in the world, since I accused you of committing a mortal sin. And all the while you were innocent!”

Madame Contour, an aristocrat, was present to witness the handsome nobleman Leo Dupont actually kneeling before his hired servant begging for forgiveness. She would later say, “We would wish to make a saint appear as one who never committed any fault, who never was guilty of a misjudgment, or who was never overcome by anger. Ah, such was not Mr. Leo Dupont! I don’t believe saints ever were men without faults. What distinguishes true Christian greatness is one’s capacity to admit his guilt and make restitution for an injustice, whether it be in the matter of restoring one’s good name or his material goods.”

Leo completed his studies in law and returned to Martinique, where he received a position at the Royal Court. In 1827 he married Caroline d’Andiffredi, and five years later they had a daughter. Caroline died a year after their daughter was born, and Leo eventually settled in Tours where he began his law practice.

In the year 1837 Leo was praying while looking at a picture of Saint Teresa of Avila when he suddenly felt compelled to do penance for the sacrileges committed by the Masonic Revolutionaries who had burned down Catholic churches and did everything in their power to oppress God’s Church. He also wrote a book about the shrines of Our Lady that became so popular that pilgrimages to those sites began again as they had once been. Leo also joined the St. Vincent de Paul Society, giving them large sums of money and assisting them in teaching workers and soldiers.

Our Lady appeared at La Salette in 1846, and Leo went there on pilgrimage. While on the way he stopped in to see the Cure of Ars, who was surrounded by so many people that he did not expect to be able to talk to him. St. Jean Vienney noticed him, though, and approached him saying: “Oh, my dear friend, how sweet it will be for us to find ourselves in Heaven, singing the praises of God!”

Shortly after returning home, Leo learned that his daughter had become ill and had died while at school. With the death of Henrietta, Leo’s main focus in life became his involvement with religious activities.

Venerable Leo Dupont came to know Madame Sophie Barat, Saint Jean Vianney, and Saint Peter Julian Eymard. He eventually became so well known in France that the postman would often deliver letters to him that were addressed only, “The Holy Man of Tours.”

Leo Dupont died at the age of 79 on March 18th, 1876. He was declared Venerable by Pope Pius XII and is currently awaiting beatification.