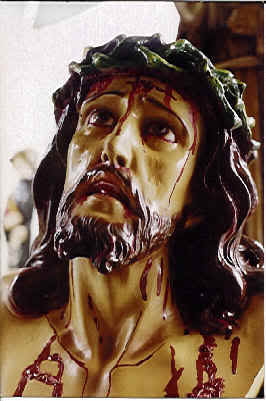 Jane Mary of the Cross

Venerable Jane Mary of the Cross


In the seventeenth century there lived at Roveredo in Tyrol the estimable abbess of the Poor Clare monastery, Jane Mary of the Cross, who was born in 1603. Even before her entrance into religion, she had surrendered herself to her Divine Savior in such perfect charity that He espoused Himself to her with the bridal ring, as He had done on another occasion to St Catharine of Siena. In fasting and mortification, Jane led so austere a life in the convent that for several years the amount of food she ate week by week was so meager that it could readily be held in the hollow of one hand. Holy Communion, which she received daily, seemed to be the only nourishment not only of her soul but of her body. During her administration the community flourished in every possible way; she established another house in Borgo in the diocese of Trent.

Jane was known far and wide for the divine inspirations with which God favored her, and persons of every state in life came to ask her advice in serious matters. Even Emperor Leopold I came to the abbess of Roveredo with his wife, in order to seek counsel in matters of conscience.

When Jane Mary had any spare time, it was spent in profound meditation, generally on the bitter Passion and Death of Christ. Just how intimately she was united with her suffering Savior during these periods, Our Lord wished to indicate in a visible manner by allowing a crown of thorns to grow out of her head. He caused her also to share with Him the disgrace heaped upon Him. She was slandered and persecuted, was subjected to the most embarrassing investigations, and along with all this, had to endure the most painful maladies. But she bore everything with heroic patience and the desire to suffer still more.

A few days before her death, Our Lord favored her with the stigmata. The marks were visible after her death, and were still red and bleeding in her hands and feet. The wound in her side was so deep that her heart could be seen through it.

Worn out in body, but aglow in spirit with the desire for God, Jane Mary of the Cross died on March 25, 1675, at the age of seventy-two. As her body lay in state, her countenance appeared in the freshness of youth like that of a growing young girl. Shortly after her death the process of her beatification was begun, but as yet it has not been concluded.