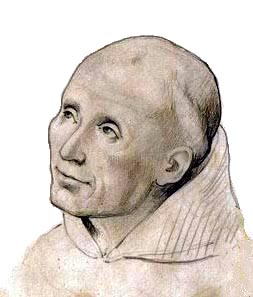 The feast of SS. Peter and Paul in 1520 was the birthday of Nicholas. His parents were devout Christians of Valencia, Spain. As a child of five he already manifested signs of his future sanctity. He fasted three times a week and gave the food he did not touch to the poor. With cheerful words he comforted the sick, and on visiting the leper hospital, he would at times kiss the wounds of the afflicted persons. A Moorish maid in his home was so affected at the conduct of the holy child that she was attracted to the Catholic Faith, took instructions, and was baptized. As a young man he continued his labors of love and encouraged his companions and fellow students to do likewise.

Meanwhile, his father was busy making plans for this son of his, who was so distinguished because of his brilliant talents and handsome appearance. Nicholas, however, saw in his father’s projects great danger of being turned away from the path of God’s commandments. Upon due consideration and advice, he resolved to enter the Order of St Francis and donned the holy habit in the convent in Valencia. After he had finished his novitiate and his studies, and had been ordained a priest, Nicholas asked to be sent to the foreign missions. The request was not granted by his superiors, but they did send him to preach and convert the Mohammedans, who were very numerous in Spain at that time.

With the blessing of obedience Blessed Nicholas Factor cheerfully took up the task assigned him, and he was rewarded with remarkable success. The means he employed were uninterrupted prayer and rigorous interior and exterior mortification. He never went into the pulpit without first having taken the discipline three times. It is said that for two years he kept vigil every night at the foot of the cross, meditating on the sufferings of our Savior. Despite these austerities his complexion always remained ruddy, and he was affable and cheerful in his association with others. His comeliness caused him many a temptation; but his modesty, humility, and piety turned all the snares of the evil spirits to naught, so that he preserved his purity of body and soul unsullied.

God permitted him to read the hearts of men, and on several occasions he suddenly presented himself to unfortunate persons who were about to commit suicide, showed them the seriousness of their sins, and dissuaded them from carrying out their godless design. He also had great success in various positions in the order itself, as novice master, guardian, definitor, and confessor to the Poor Clares of Madrid and Valencia.

Rich in merits, Blessed Nicholas Factor was finally called home to receive his heavenly reward on December 23, 1583, in the convent of Mary and Jesus near Valencia. Because of the great crowds who gathered to view the body, it lay in state for ten days in the church. A pleasant odor emanated from it, and it remained as flexible as the body of a living person. Three years after his death, King Phillip II of Spain wished to see it again, and it was found to be still incorrupt.

Because of the many miracles wrought at his tomb, Pope Pius VI beatified Blessed Nicholas Factor on August 18, 1786.