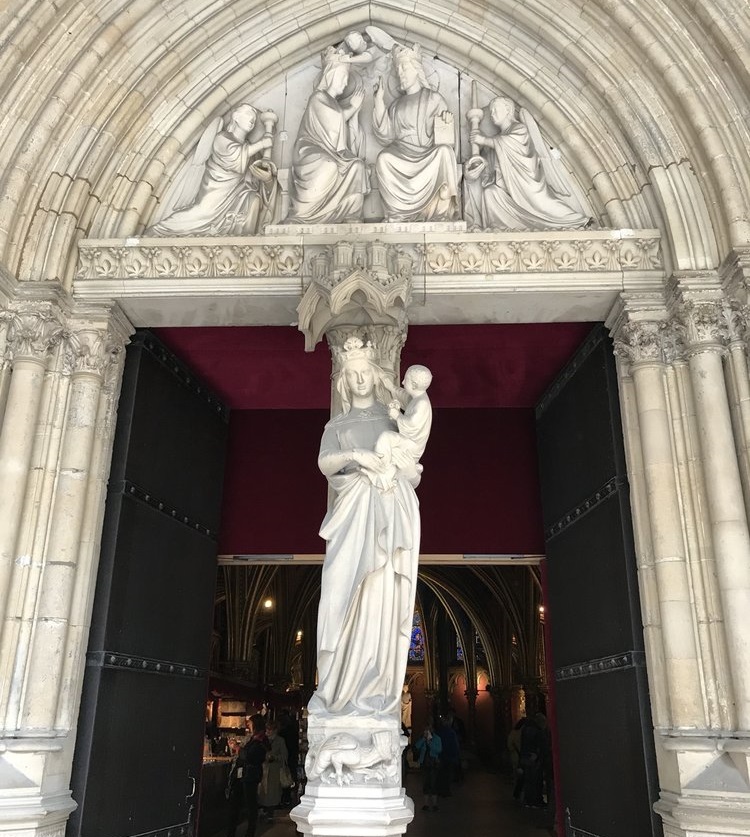 December 13: Our Lady of the Holy Chapel, Paris

This image, which is under the portal of the lower Holy Chapel, has wrought many miracles.

Saint King Louis IX, on his return from the Holy Land, built at Paris the so-called Holy Chapel (Sainte-Chapelle) in honor of Mary. In it he placed the relics of Our Lord’s Passion which he brought with him from the Sacred Places in Palestine. Completed in only seven years in the year 1248, it is a marvel of Flamboyant Gothic architecture. The structure itself seems but a delicate framework for the incredible stained glass windows. Even though the chapel was seriously damaged during the ravages of the French Revolution, most of the stained glass is original and the rest restored to its original condition.

At the door of the chapel stands a graceful statue of Mary. At the feet of this statue the doctors and literati of the day loved to prostrate themselves and their works. 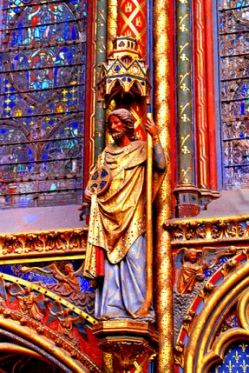 One day as Dons Scotus knelt before Mary’s image preparing to champion her sinlessness against the antagonists, he asked her to bend her head forward if she were pleased with his efforts. The image of Mary inclined her head, and from that very moment the head of the image remained inclined.

Upon witnessing this miracle, the faithful championed the cause of Mary’s Immaculate Conception, praying to her under the title and receiving answers to petitions, special graces and miracles. John Dons Scotus was beatified in the year 1993 by Pope John Paul II.

The statue survived the French Revolution, and is currently on display in the Louvre Museum in Paris, which describes it as “unquestionably the most beautiful piece of ronde-bosse (in the round) ivory carving ever made,” just as She is the most beautiful creature ever to have been created by God.

April 25: Dedication of the Lower Holy Chapel of Paris in honor of Our Lady (1248)

The Abbot Orsini wrote: “Dedication of the Lower Holy Chapel of Paris in honor of Our Lady by Philip, Archbishop of Bourges, in the year 1248.”

There is an upper and a lower chapel of Sainte-Chapelle, and the lower chapel is dedicated to the Blessed Virgin Mary, Mother of God. Her statue stands before the central column at the entry portal. The ceilings are vaulted, but not as high as in the upper chapel. The vaults rest on columns that are linked by anchor braces, and the walls are decorated with medallions representing the 12 apostles. The columns were decorated with alternating patterns of the French fleurs de lys on a blue background and the rest with gold towers of Castile, in homage to Blanche of Castile, Saint Louis' Spanish/Castilian mother. The vaulted ceiling was strewn with golden stars to represent the heavens, while the floor was largely made up of tombstones which covered the burial places of deceased clerics who had served at the Holy Chapel.

Photo courtesy of Didier B 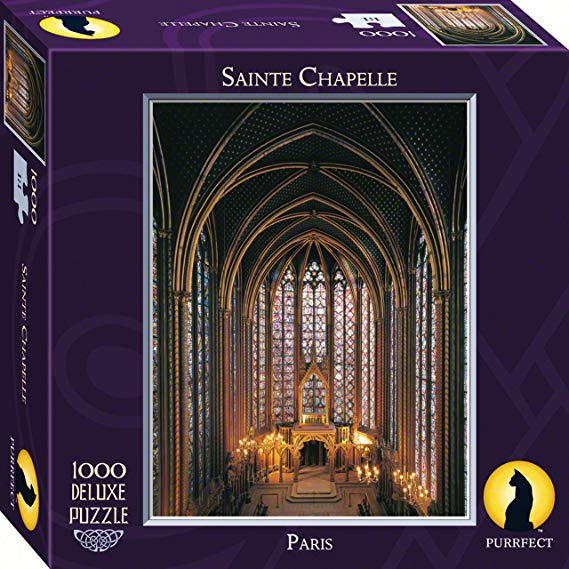