Our Lady of the Forests 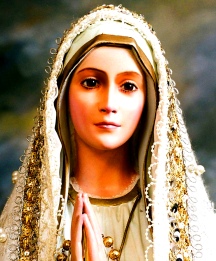 March 11: Our Lady of the Forests, Porto, Portugal (12th Century)

The Abbot Orsini wrote: “This image was found again in a forest, where it had been hidden by Queen Matilda, wife of Alphonsus I.”

Porto, Portugal, is a city second only to Lisbon in size. Checking with the diocese, there does not appear to be a church by the name of Our Lady of the Forests, and I could find no mention of such an image.

Alphonsus I was the first king of Portugal, and his wife, Queen Matilda, better known as Mafalda of Savoy (1125-1158), married him in the year 1146. She was the daughter of Amadeus III of Savoy, count of the Holy Roman German Empire, and a sister to Blessed Umberto. Matilda died young, long before Alphonsus was king - yet her life still had great significance.

Our Lady of the Forests

Alphonsus I was almost constantly at war with the Moors of Andalusia, and Portugal did not become formally recognized as an independent kingdom until 1179, when Alphonsus I was recognized as king by the pope. Perhaps there was a crisis during these years of upheaval when Queen Matilda was forced to hide in a forest with a cherished image of the Blessed Virgin Mary, and although this seems not unlikely, I can find no story relating to such an event.

Although little is known of Queen Matilda, it is believed that she built a small abbey chapel in honor of the Blessed Virgin on the outskirts of Fatima in a place called the Rock of Fatima. There was also an attached monastery at this site that was built by the Cistercians, although nothing remains of that monastery now and its foundations have become the floor for the parish church at Fatima. Built in the 18th century, it was originally called Our Lady of the Rosary.

One of Queen Matilda’s descendants was Blessed Margaret of Savoy, who founded a convent for women. On October 16th, 1454, Blessed Margaret was present when her dying cousin, Sister Filipina, spoke aloud the names of the saints who came to assist her on her way to heaven. Sister Filipina revealed during that last ecstasy that in the future there would be terrible wars, and that there would be a monster who would rise in the East as a scourge of all mankind. He would eventually be slain by Our Lady of the Holy Rosary of Fatima. She said: “A statue of the Most Holy Virgin will speak about very grave future events, for Satan will wage a terrible war. But he will lose because the Most Holy Virgin Mother of God and of the Most Holy Rosary of Fatima, more terrible than an army in battle array, will defeat him forever.” After saying this, Sister Filipina died in the arms of the holy foundress, Blessed Margaret.

The documents attesting to these events surfaced in the year 2000, but keep in mind that this revelation was nearly 500 years before the Marian apparitions of Our Lady of Fatima at the Cova da Ira!