Dedication of Our Lady of Marseilles 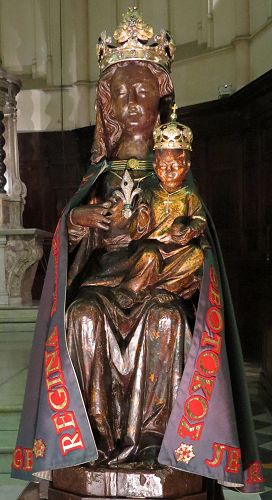 December 18: Dedication of Our Lady of Marseilles by Saint Lazarus

The Abbot Orsini wrote: “Dedication of Our Lady of Marseilles, by Saint Lazarus, in presence of his two sisters, Mary Magdalen and Martha, and of three holy prelates – Maximus, Trophimus, and Eutropius.”

Saint Lazarus, or Lazarus of Bethany, had the great joy of being a friend of Our Lord Jesus Christ. He was also the man later raised from the dead by Our Lord as described in the New Testament.

According to tradition, and a work by Bishop Hrabanus, Lazarus and his sisters Mary and Martha were set adrift from Judea “in a ship without sail, oars, or rudder.” This occurred in about the year 48 AD. Their boat was conducted on its way by Our Lord from heaven, and after a long voyage they landed at a place now known as Saintes-Maries de la Mer in the region of Provence, France.

Once making land the voyagers separated and began to convert the inhabitants of Gaul that they encountered to the True Faith. Lazarus went to Marseilles where he preached and successfully converted a number of its inhabitants to the True Faith, eventually becoming their first bishop. 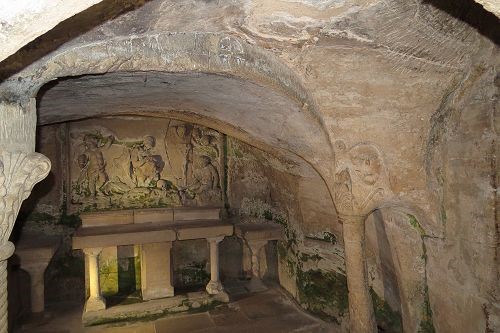 Dedication of Our Lady of Marseilles

During the persecution the Christians suffered under Roman Emperor Nero, Saint Lazarus hid himself in a crypt. Later, the celebrated Abbey of Saint Victor was constructed over that crypt early in the fifth century. In this same crypt Lazarus was eventually interred, when he shed his blood for the faith as a martyr. During a subsequent persecution of Christians under the Emperor Domitian he was cast into prison and beheaded in a spot which is believed to the identical with a cave beneath the prison Saint-Lazare. The inhabitants of Marseilles claim to be in possession of the head of Saint Lazarus and part of his forearm, which had been translated to the Abbey of Saint Victor, and which they still venerate. The rest of his relics were buried in the Cathedral of Saint Nazarius in the town of Autun before being translated to the church of Saint Lazarus in Avallon near Autun.

When Christians were no longer persecuted for their faith, Saint John Cassian built a church in honor of Saint Victor over the burial place in about the year 430. The icon was known then as Our Lady of the Confession of the Martyrs, after St. Victor and his martyred companions.

For more information, you might want to check interfaithmary.net.