Our Lady of Angels
Toulouse 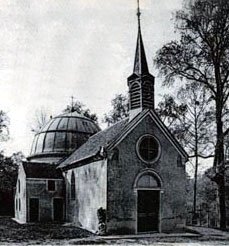 March 3: Our Lady of Angels of Toulouse, France

In the year 1212, three merchants from Angers were passing through the forest of Bondy in France, when they were set upon by robbers. After being robbed, they were bound to trees and left to their fate.

Since it was a wild and lonely place, known to be the haunt of robbers, their chances of rescue were few. They prayed earnestly to God and Our Lady, and, after a day and a night, angels came in visible form and released them.

The men discovered a spring near the place where they had been bound, which they considered to be miraculous. They determined to set up a shrine of Our Lady on the spot in thanksgiving for their deliverance.

The first statue they put into the shrine was only intended to be temporary, to be used until something better could be made or purchased. However, almost immediately there began a stream of miraculous cures among those who prayed before the rough little statue. In the years that followed, fervent pilgrims came in droves to the shrine, as evidenced by the numerous drinking vessels found during archaeological excavations carried out on the site.

Our Lady of Angels
Toulouse

The same statue remains today, but it has been richly clothed and decked with jewels. In 1260 the little chapel was enlarged to enclose also the spring. In 1663 the chapel was rebuilt and redecorated, and so remained until the French Revolution, when it was completely destroyed. However, after the Terror had passed, the chapel was rebuilt in 1808.

One of the many thank-offerings in the chapel is a ship suspended above the altar, as an ex-voto from a group of sailors who were saved from shipwreck at the intercession of Our Lady.

On Sunday, September 9, 2012, the Diocese of Saint-Denis celebrated the 800th anniversary of the pilgrimage to Notre-Dame-des-Anges in Clichy-sour-Bois, under the leadership of Bishop Pascal Delannoy. The pilgrimage to the small shrine always takes place on the second Sunday of September, and is thought by some to be the second oldest pilgrimage site in France.

Our Lady of Angels Toulouse, France