The order of Knights of Our Lady 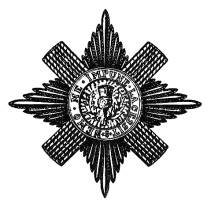 The Abbot Orsini wrote: “Institution of the order of Knights of Our Lady, in the year 1370, by Louis II, Duke of Bourbon.”

Duke Louis of Bourbon, called the Good, lived from 1337 until 1410. He was the son of Peter of Bourbon, who died in the famous Battle of Poitiers in 1356, leaving the duchy to Louis upon his death. In the year 1370, Louis II, Duke of Bourbon, instituted the Order of Knights of the Thistle of Our Lady. This order was composed of only twenty-six knights, and we have a good deal of description as to their uniform.

The knights wore a blue velvet girdle embroidered with gold, with the word 'Hope' in similar embroidery. Their buckle was of fine gold, and it bore, in green enamel, the head of a thistle. Their motto was 'Allons,' and on the collar of the order was the word 'Esperance.' The collar also was of gold, weighing ten marks, fastening behind with a gold buckle; it was bordered with whole diamonds, enameled green, and filled with fleurs-de-lis of gold, the whole bearing the word 'Esperance' in single letters, enameled red, thrice repeated. Pendent to the collar was an oval badge, enameled green and red, and thereon the image of the Virgin, encompassed by the sun, and crowned with twelve stars of silver, with a crescent of the same under her feet. Her garments were enameled purple and sky-blue; and at the bottom of the badge a green thistle.

The order of Knights of Our Lady 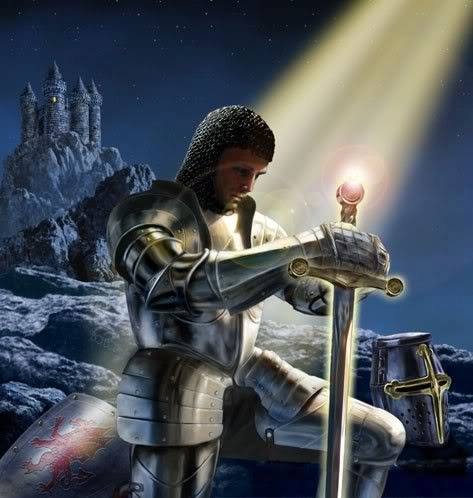 Each knight, upon his election into the order, received a golden shield with the device, Esperance, traversed with a band set with pearls, on which were embroidered the words Allon, which implied, “Allons tous ensemble au service de Dieu, et unisons nous pour la defense de Notre pays,” or in English, “Let us go together to the service of God, and unite ourselves for the service of our country.” The habit of the order was of blue silk, lined with red satin, and embroidered with gold.

On the day of the Immaculate Conception of Our Lady, which was the grand festival of the order, the knights of the Thistle wore a sumptuous robe of pink damask, and a mantle of sky blue, embroidered with gold, over which they wore the grand collar of the order, composed of diamonds and fleurs-de-lis of gold, with the word Hope. From the end of the collar hung an oval medallion with the figure of Mary, below which was seen the head of a thistle, in green enamel, relieved with white.”

In 1371, a year after he instituted the Knights of Our Lady, Duke Louis married Anne of Auvergne, and by her they had four children. In the year 1390, Duke Louis initiated a crusade against the declining Hafsid dynasty who ruled a large portion of North Africa at the time. His intention was to end the Barbary pirates who operated from the port city of Mahdia, but he was not successful in his attempt.

The Order of the Knights of Our Lady became extinct soon after the death of Duke Louis of Bourbon, who was the driving force behind the order.